A talk about a ready-to-use mainly-raymarching-based 64k tool chain from BeRo and red, where non-function-fixed, flexible and easy vector-based 2D & GLSL-based 3D content editor are a fundamental key for future 64k creation and whether this may be the next generation of 64ks. It includes the fully-programmable non-function-fixed softsynth stuff from the last seminar from Revision 2012 in now-usable state. Public release of these tools are planned. 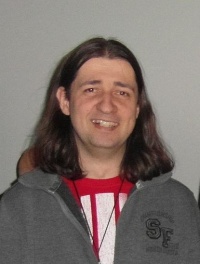 So, you think you've seen it all, and you know what it takes to hack on the 6502? Let me take you to a trip on how to code for most retro system available for a reasonable amount of money. A system that's so f***ed up, you want to try it. Who needs a frame buffer or a hardware character generator?

As an addendum to my Ultimate Atari 2600 VCS Talk held at 28c3, that focuses on coding demos on the 2600. I'd like to show you a lot on "how others did it", as well as some problems, I encountered during my first humble attempts on coding for this platform. It will also show some of the most common tactics for getting something on the screen, like asymmetric playfield data, the 48 pixel sprite and the interlaced 96 pixel sprite as well as some other stuff.

Painters can tell you something about colors. Photographers about composition. Directors and DOPs about camera animations and transitions. Since I have no background in any of the above, this talk is going to be interesting. From my naive, subjective and ignorant perspective, I'm going to talk about our process and tools. Give some rules of thumb that work for me. And discuss with you what comes next.

Demoscene Exposed: Micro And Macro Ways Through The Maze 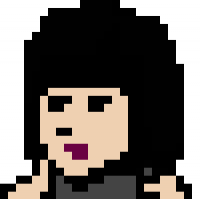 Audience: Demoscene community, all sceners and other geeks

As a digital subculture conditioned at a variety of levels from coding and encoding graphics on display devices to using algorithms to create music between an abundance of protocols for compression, the demoscene seems to be a huge maze to non-scene-participants. Artifacts and relevant context information are widely spread over the internet. Existing web-based platforms only allow a macro view on demoscene productions, groups and events. This contribution provides a Semantic Web approach as a next generation perspective for the demoscene to make the maze of information more public, accessible and visible. An ontology-based framework allows integration, presentation, search and sharing of data from diverse sources. Goal is to offer a micro view on demoscene materials by the example of the Atari VCS platform and the rare Atari Video Music.

For the last three years, a shadowy team of veteran sceners has been building a website to document the demoscene in unprecedented detail. Demozoo is more than just a database of prods - it pulls together the data that's currently spread across numerous websites, textfiles and floppies, to create the fullest ever picture of the people, alliances and creations that make up the demoscene.

In this first public preview of the site, Gasman and Menace will talk about the history and progress of the project so far, explain how they're tackling the challenges of capturing the volatile, maverick world of the demoscene in database form, and reveal what exciting innovations and perspectives Demozoo has in store for the scene. 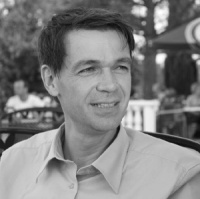 How To Use Light To Make Better Demos? 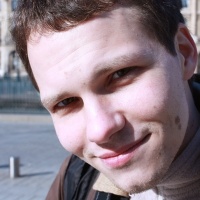 Audience: Coders and designers, of any level

In demos, light is too often only added as an afterthought, without any clear purpose. It is a powerful tool though, that can be used to support and strengthen the concept of any piece of art. It is also difficult to implement, especially in real-time, as a broad range of techniques exist. As demomakers, what choices do we have before us, and how could we better use light to bring our productions to the next level?

How To Start Writing Compilers Without A Ph.D

Audience: Compiler writing newbies. A bit of familiarity with regular expressions, tree structures, and recursion will help you

Writing compilers is fun, useful, and not as hard as you think. In this talk we'll take a simple, pragmatic approach to writing compilers. In one hour we'll go from zero to a C-like language, with support for complex expressions, if/else conditionals, loops, variables and function definitions - running on a virtual machine we wrote ourselves. We'll implement in Lua and use PEGs to do the dirty work. Example source code included.

Insights Into GEMA Handling - Or Why With GEMA, Everybody Struggles 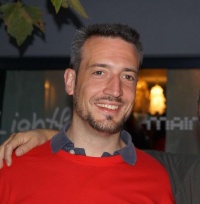 Whenever GEMA is topic or involved, you seem to hear statements like, „It‘s just fucked up that the situation exists.“ But what is it with GEMA? Why does it seem to be such a bad organization, even in comparison with sibling members of BIEM? Netpoet gives insights into what GEMA does, into fee structures, and why, when it comes to handling GEMA, even GEMA seems to struggle. 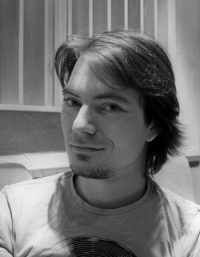 Max/MSP by Cycling '74 might be one of the most underestimated tools within the demoscene. Is it a synthesizer toolbox? Is it a software development framework? Similarities to common demotools are obvious.

While Max is basically a visual development environment (connecting nodes for manipulating data), it can be used and extended in surprisingly easy ways. Want to use a MIDI controller to program camera movements in your demo? Max/MSP is for you. Want to build a synthesizer that reacts to webcam input? Max/MSP is for you. While Max comes with lots of ready to use building blocks, it can easily be extended via Javascript, Java or native C via friendly APIs, and thus be made to do practically anything without the hassle of reinventing the wheel.

I will give a brief overview, show a few simple usecases and take a quick look at the API to get you started. 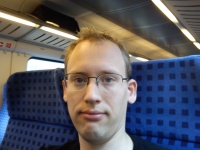 Audience: People who are intrigued by the C64 and its cultural significance

Platforms come and go, but the C64 remains.

This is a seminar about the beauty of C64 coding, how it relates to other human endeavours, and why it is as culturally relevant as ever. We will see how, for thousands of years, people have meticulously crafted works of art in a waning tradition that, perhaps unexpectedly, lives on through C64 coding.

While there are clear connections between the demoscene and the visual arts and music, little has been said about the literary skills of the coder. Skills that, unfortunately, have lost their significance on modern platforms. 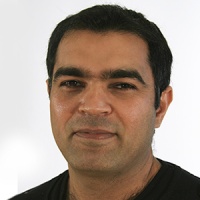 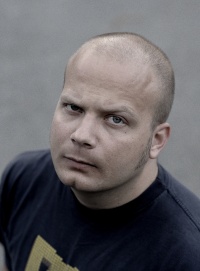 Audience: Music producers, DJs and people with a geeky interest in breakbeat based music (hip hop, UK rave/breaks, jungle/drum & bass and so on)

In contrast to drum machine sounds or single drum samples, breakbeats (or just "breaks") are drum patterns or fills either sampled from records or specially recorded sample libraries from drummers. Genres like hip hop and jungle are founded upon the use of such recordings, and they are utilized in countless other genres across the spectre of electronic music.

The seminar will touch briefly on the history and origins of breakbeats, and then demonstrate several approaches to their use in different music genres. Through case studies pre-processing, slicing and rearranging, mixing, layering and resampling of breakbeats will be covered by a musician that has used breaks in just about every track he has produced. 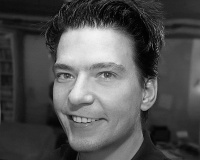 Abstract: This seminar will be split into 4 major parts:

Ollie "cosmic" Borgardts is a professional 3D sculptor and highly experienced in the use of Zbrush. He uses this tool to create jewelry, accessoires and sculptures with the use of rapid prototyping. www.higher-lyrics.de

I propose in this short talk to rapidly cover simple ways of rendering volumetric clouds and participating medium. It will address how to properly ray-march through a volume and how to compute self-shadowing and multiple scattering events occurring inside a medium.

So you've made your first raymarching 4k and it runs like a glacier. What can you do to make it faster? And what is that going to cost you in bytes? A quick overview of various techniques:

Audience: Everyone is welcome

A quick rundown of the dmx512 protocol which is the industry standard for controlling light fixtures in an event-environment. Discussed will be the protocol itself, hard&software, which cables to use and the difference in controllers as well as network topology and a real live example of sending DMX to a fixture.